In this guide, we’ll take a deep dive into the symbolism of elephants.

Elephants are majestic creatures that hold a wide variety of meanings and symbolism to various people and cultures all over the world.

Because of the many deep meanings and interpretations behind the symbolism of elephants, they have been featured prominently in a lot of religions and mythologies for centuries.

Here is a detailed guide to elephant symbolism:

The general meaning of elephant symbolism

The elephant is a universal symbol of strength. This meaning is mainly derived from the mighty body of the elephant.

The elephant is also a very smart animal with a powerful mind, which further lends reinforces its symbolism of strength.

Some people believe the elephant is their spirit animal because it gives them strength when they need it in their lives.

Elephants are large and powerful.

However, their greatest power lies in the fact that while they could potentially kill any animal or dominate the wild, they are peaceful and calm in the wild. They only attack when provoked or threatened.

In nature, they have been observed to exhibit “higher” traits like determination, sensitivity, stability, understanding, and forgiveness. They even mourn their dead and have special graveyards for them.

Gaze into their eyes and you will see wisdom and intelligence in them.

Elephants are fiercely loyal to their herds.

They care deeply about other elephants around them.

They are nurturing even to calves that are not their own. They have also been known to show respect to their elders.

They are responsible, reliable, and loyal to those that are important to them.

Elephants are gentle giants that are usually calm and collected.

They are slow to anger, only reacting violently when they absolutely have to.

When searching for water or a fresh source of food, an elephant can walk up to 122 miles/ 195 kilometers in a single day. They do not give up until they get to where they want to be.

In some cultures, it is believed that having the elephant symbol in or around the house invites good luck. This is because the elephant has qualities that are revered by most people, which is why it is associated with positivity.

According to Buddist legend, an elephant played a vital role in Buddha’s birth.

Queen Maya, Buddha’s mother, was unable to conceive. One day, she dreamt that a white elephant gave her a lotus flower. The elephant then circled her three times before entering her womb. She was finally able to conceive.

Because of this, white elephants in Buddhism symbolize purity and divinity. Dreaming of a white elephant means a calm, collected mind that is on the path to enlightenment.

On the other hand, grey elephants in Buddhism symbolize impurity and agitation. Dreaming of a grey elephant means your mind is untrained and prone to wandering off the path to enlightenment.

The Hindu god Ganesha is depicted as an elephant in Hinduism.

This goes to show the significance of elephants as a symbol in Hinduism.

In Hindu mythology, the goddess Lakshmi and the god, Indra, are depicted as riding white elephants.

Indra is the god of rain, thunder, lightning, and rivers. Lakshmi is the goddess of wealth, fortune, beauty, prosperity, and power.

Because of this, elephants are also linked to water and rain in Hinduism.

Elephants are also a symbol of royalty in Hinduism. Kings and princes ride them in processions as a sign of their power and might. This is because it is believed that the gods, too, ride elephants as their mounts.

God and Elephants: A Worshipper's Guide to Raising Support
Check Price on Amazon

Elephants are depicted in many ancient Christian artworks. Some scholars believe they depict Adam and Eve.

In the Bible, elephants are mentioned extensively in the books of the Maccabees. They were used in the armies of the Seleucids. Their ivory is also mentioned in the book of Revelations.

To Christians, elephants represent power, strength, compassion, loyalty, and the majesty and vastness of God.

Elephants are a symbol of good luck, good fortune, and happiness in Chinese culture.

Where to place elephants in your home according to Feng Shui:

According to African mythology, the elephant was a wise, fair chief.

The elephant is considered one of the chiefs of the animal kingdom whose job is to settle differences between other animals.

Because of this, the elephant symbolizes power, strength, and wisdom in African cultures.

It is a sacred form that when combined with the elephant sacred symbol denotes the interconnection between your own universe and the cosmos.

Elephant mandalas are sacred to the mandala maker or wearer. They serve to center and ground the mind.

An elephant mandala in meditation or yoga is thought to enhance the overall experience.

What does it mean to dream of elephants?

Well, it depends on what the elephant looks like in the dream and what it does. Here are the various meanings of elephants in dreams:

What does the elephant symbolize for you? Why do you love these gentle giants? Let us know in the comments! 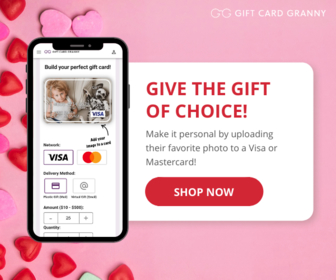 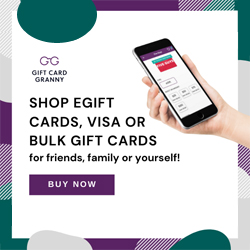